The Video Attic Exclusive: Ben Mankiewicz who talks about Lucy, the subject of the latest The Plot Thickens. Mr. Mankiewicz was kind enough to spare some time out of his busy schedule to answer a few burning questions about the iconic red head! 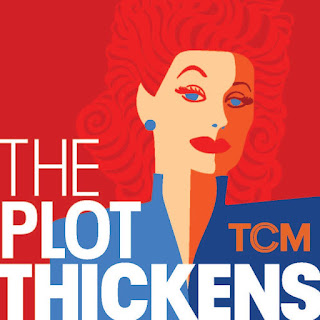 For My Previous Interview with Ben Mankiewicz Click HERE

The Video Attic: What was the most obscure or strange fact you learned during researching for this seasons podcast?

Ben: The most interesting fact which is not obscure is it's how Lucy and mostly Lucy but Lucy and Desi survive a blacklist scare and the fact that there was more evidence against Lucy than there was against almost everyone who lost their careers but she didn't, right. The survival of that and how that played out is unbelievably compelling and interesting, you know. Or, the other thing being how Lucy talked her mom into letting her go to from Jamestown New York and into the city to take acting classes and Bette Davis was in her class, you know. And that Lucy lack of confidence and how she was intimidated Bette Davis and by the other talented women there. The teachers there sent a letter back with Lucy saying that like this is a waste of our time and Lucy's time, that she didn’t have “it” right you know. A lot of stars and artists get rejection, right? But this was a very explicit like, you shouldn't be an actress. You're not good enough at it. Stop. Right? 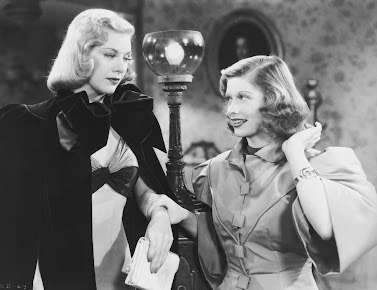 She persevered and I love that you know. I guess there was a little tiny detail like that that were filled with these wonderful details and you know, surviving in New York. First as a model and as an escort. And I use this term literally, not as an escort for men but literally just arm candy. These guys would get her to go out and she would get paid to go out to these dinners. She did a lot to save a buck like mixing ketchup with water to get tomato soup.  Stories of hard luck artists I think all was always resonate. I also thought the story of her relationship between her and Desi after the divorce and how much his death affected her 25 years after they split up. I didn't expect that.  I had things in my head about Lucy and Desi and how bad of a husband he was and therefore you know how much she must have been, you know, ready to purge him. But no, they were, it would be fair to call them soulmates.  She got married, happily afterwards and  I'm not knocking that I'm just saying she was still connected from the moment she met Desi until the moment he died, massively affected her. And she died three years later.

The Video Attic: I Love Lucy was and is such an iconic television show. What would you say was the modern equal to it, if indeed there is one?

Ben: I don't think there is one because of the nature of the business. I I use this example a lot, but I think it's good and I my numbers might be wrong. I remember this show called The Single Guy with Jonathan Silver. Ernest Borgnine was also on the show, it was like the mid-to late ‘90s. It was on at some point on NBC Thursday night lineup, I think when Friends was on. And I don't know if it came after Friends or came at 930 or eight It was either on an 830 or 930. And, and I liked it because Ernest Borgnine was on it. And it was a forgettable sitcom, it was fine. And it got cancelled because it couldn't maintain the audience. It had like 20 million people, like 19 or 20 million viewers. So, NBC cancelled. Right? And then within a period of 15 years, oh my god, what you would do for 18 million viewers, right? So obviously, we've seen dramatically in a fairly short period of time, how the audiences changed. With I Love Lucy, you had three channels, three networks, right, running, you know, three hours of primetime a night. There was nothing like a shared community experience. I mean, it's like every week that I Love Lucy was on it was like the Super Bowl. That's how many people tuned in and checked it out. So, there was this shared experience throughout the week. And so that shared experience, there's nothing like it. There's just nothing like it. Because we only get it for these big, big moments. You know, we get it, you get it for the Super Bowl, you don't even get it. I don't even know what the number one rated show is probably a reality show. 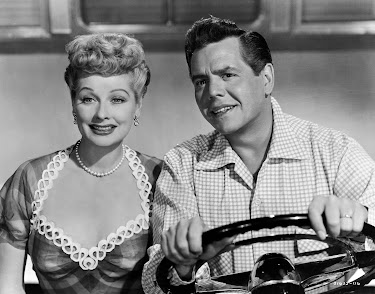 But you know, and then you we get our little worlds where we think, you know, I mean, everybody I know, partially because I yell at them if they're not It's like watching Ted lasso. But I don't know how many people actually watch Ted lasso? Maybe a couple million. You know, right? It's probably pretty small. Right? I mean, the fact is, the country is not talking about Ted Lasso.  Just my little section of it is, but for Lucy, everybody was. She was the most famous woman in America. I think it's fair to say, you know, it was by Lucy, Eleanor Roosevelt was comparative there for a while. And so, you know, and then, you know, Rosa Parks, you know, but I mean, that's that, that's the level that she was on, right. And people felt like they knew her because they were inside her home. Right? They saw her marriage, they saw her give birth, which was amazing.  So, I don't think there is an equivalent, there are certainly, you know, great, great, great, talented stars who if they'd been around the 1950s might have been able to catch lightning in a bottle the way she did, although, lightning in a bottle with sounds like it was an accident wasn't an accident. But there are certainly great stars, but there's nothing like that now. They never ever will be. It's partly why that year is so great to celebrate and explore because it is gone.

More About The Plot Thickens:

o   This premiere is 3 days before the 70th anniversary of the first episode of I Love Lucy, which premiered on CBS on October 15, 1951

·       Featuring more than 50 new interviews, you’ll hear Lucy’s full story, from her poverty-stricken childhood to her early days as a model to her triumphant takeover of television, all the way through her later years as an icon and Hollywood’s first female studio head

·       The Plot Thickens is available wherever you get your podcasts

·       Lucille Ball will be TCM’s Star of The Month for October, with her movies airing each Thursday in October on the network in promotion of the podcast. More than 40 of her films will be shown, spanning from 1935 to 1974.

For Season 3 of The Plot Thickens, the hit podcast from Turner Classic Movies, we offer fresh insight into the life and times of the iconic Lucille Ball. Featuring hours of newly-uncovered audio from Lucille Ball, you'll hear her story in her own words, with revelations at every turn. Join host Ben Mankiewicz and hear Lucy's family, friends and closest colleagues talk about the triumphs and tragedies of the most famous funny woman in Hollywood history.

Some of the folks interviewed for this season include:

About The Plot Thickens

The Plot Thickens is the first official podcast from Turner Classic Movies (TCM) about movies and the people who make them. Season one launched in May 2020 and dove into the life and work of Oscar®-nominated director, writer, and actor Peter Bogdanovich. Season two, “The Devil’s Candy,” premiered in June 2021 and chronicled the tumultuous production of the 1990 film The Bonfire of the Vanities. The podcast has garnered more than two million downloads and several industry awards: it was named a Webby Honoree; won best podcast website from the 2020 Adweek Podcast Awards; and was nominated for best entertainment podcast at the inaugural Ambie Awards. Season three, “Lucy,” premieres in October 2021.