Citizen Kane: Ben Mankiewicz Talks about His thoughts on Mank, RKO 281 and More 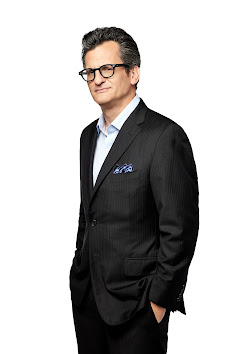 And, for those interested in seeing this movie on the big screen Click HERE for Fathom Events Info.

Hey. Hi, Ben. Thanks so much for having me. So now, I'm curious what you thought of movies like Mank and RKO 281?

You know, it’s funny, I haven’t seen RKO 281 in ten-twelve years and, I actually re-watched it a few nights ago, I think it was Friday night. I love some of the changes made in that that had you know, Welles never met Hearst in real life, but they're in RKO to anyone they have Welles that you know, at the castle and interacting with Hearst.  You know, there was a time in my life I would have been like I that didn’t happen! And, you know, now I think that's interesting. Yeah, it doesn't matter. It's fine. Your allowed, its fine time settle down. So, I like RKP 281 very much. My memory is that, yeah I liked it because it made it seem like Herman wrote the screenplay. But yeah, it was great. And I love Liev Schreiber and John Malkovich . So you know, not a lot of people saw but I thought was great. I love almost any good inside Hollywood story. I totally forgotten Melanie Griffith played Mary. Right, you know, it has such a great cast, So I liked it. And then you know, Mank.  Look, man, I started sobbing at the title card for crying out loud. I mean, it's, it's called Mank. And they say Mank 100 times 112 times in the movie. And everybody in my families called Mank.  So, I thought magic was really great. I just thought it was a wonderful, wonderful movie. I mean, I get that it doesn’t connect with everybody. Itsreally just a slice of slice of life in this struggling writer.  It was like, my father talked to Fincher, which he didn't, you know, my dad died in 2014. And so I just kept thinking, man, my dad would love this, you know, that Herman? Smart? Funny? Yeah, but also drunk, gambler, reckless, filled with self-loathing, all those things, that was true. But he was never mean, you know, my dad regretted that he'd come home and fall asleep, pass out. So, you miss time with him. But you know, he loved his father. And I think, you know, but recognized that torture, and that's why my dad didn't want to make movies. My dad would have been a brilliant screenwriter. But he, he saw that you  know it drove his father to an early death. It's silly but I want I want to go back in time and tell my grandfather, you know, stop wallowing moron. Like what you're doing is valuable. This is great. What you're doing this is art. But you know, he didn't. He did not see it that way. 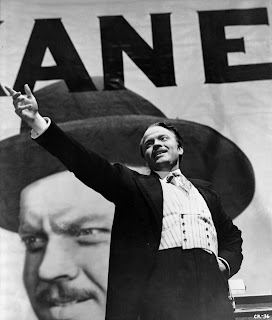 So,yeah I love Mank and I think RKO 281 is terrific, too. My wife hasn't seen it. So I'm gonna we're gonna start it over and watch it together. I did get to meet John Malkovich. This was 15 years ago. And I was like Hey, I’m Ben Mankiewicz, you never knew my grandfather, but you played him. And he was like, Oh, my God!  I guess that meant more to me than him. He was very nice. But you forget that it's not like, he was really mad. He played a lot of people. So anyway, I think they're both, you know, I think they're both really great movies.

Big thank you to Mr. Mankiewicz  for his time.