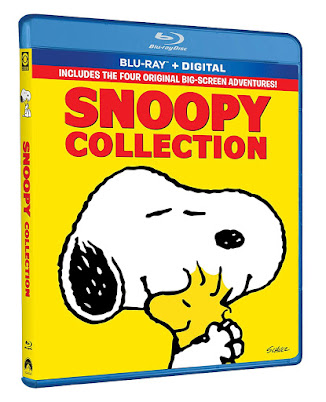 A Boy Named Charlie Brown (1969)
Directed By: Bill Melendez
Starring: Peter Robbins, Pamelyn Ferdin, Sally Dryer, Glenn Gilger
Charlie Brown (Peter Robbins) is in a rut, having seemingly failed at everything he tries. In order to get back his self-confidence he enters a spelling bee. A Boy Named Charlie Brown marks the first of five theatrical Peanuts cartoons (not be confused with the Holiday specials) and was written and overseen by Charles Schulz the creator of the series. It also was helmed by  Bill Melendez a long time animator, director and legend in cartoons.
People often say that cartoons that were aimed at both kids and adults is something that was invented within the latter part of the 20th century but- thats not really the case. Cartoons dating back to the art form itself has been always courting an older demographic- including the Warner Bros and Max Fleshier cartoons. The Peanuts as a comic strip was actually pretty groundbreaking in terms of its mature tone and beatnik arura. I mention this because the film which was written by Schulz as well as supervised carries that balance of child-friendly, summer time fun wonderment but also has humor meant for the older kids/adults in the audience.
It also is pretty daring in how it does things that you wouldn't expect in a kids cartoon. For example, its a beautifully piano sequences which is a visual feast combining mixed media and style in one amazing piece of animation. This is something you would never see in a kids movie sadly. If I had to lobby a complaint its that the film could have used a more streamlined plot which I think is something that a lot of the features suffer from to some degree.
Overall, I really enjoyed this film which felt like it retained the style and charm of the strips as well as the beloved early Holiday specials.
Picture: A Boy Named Charlie Brown turns forty-two this year and looks good on 1080p. This looks to be the same transfer used from the 2016 HD release. This means while yes there is an uptick in color the transfer is plagued with artifacts, scratches etc. On the one hand I think it helps give the movie its rough-and-ready charm however, it would have been nice to see this looking its best.
Sound: Charlie Brown has a 5.1 track. Like the visuals the audio seems to be the same from the 2016 release as well. Its a very solid track though its mostly a front-centered one. The sound is a bit on the lifeless side but I think its perfectly serviceable-not terrible but a lot of room for improvement.
Extras: None
Snoopy Come Home (1972)
Directed By: Bill Melendez
Starring: Chad Webber, Robin Kohn, Stephen Shea, Bill Melendez
Snoopy Come Home (1972) is the second feature and see's everybody's favorite beagle in a solo adventure. Snoopy feels like he's unwanted at home and just anywhere he goes. When he gets a mysterious letter he sets off on a journey. I have to say that Snoopy Come Home is a bit better in terms of a streamlined story though it still has unneeded side stories that detract from the overall narrative. Bill Melendez once again directs and much like A Boy Named Charlie Brown once again does a fantastic job at capturing the wonder and magic of The Peanuts and of course once again voices Snoopy and Woodstock. Charles Schultz again writes the screenplay and crafts a nice balance of kid-friendly while also staying faithful to the more adult-humor.
The film is once again wonderfully animated and, though its not as experiment as Boy Named Charlie Brown it still has a lot of wonderful style. There is a rather colorful, even trippy sequence that perfectly fits in with the early '70s crowd. 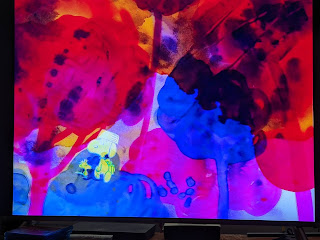 Snoopy Come Home is a funny, well animated film that is sardonic in its wit and ultimately a warm-hearted outing.
Picture: Much like A Boy Named Charlie Brown (1969),  Snoopy Come Home seems to be the same transfer from the 2016 transfer. It still suffers from artifacts and pops but I will say the transfer still has its up side! The color really pops and it highlights the amazing hand painted animation style which is sadly not a thing anymore. I wonder if there was slightly better original material for this transfer because it is a step up.
Sound: Again this seems to be the sound presentation as the 2016 HD release. The sound design, music and dialogue come through nicely but is mostly a front heavy presentation. Perfectly serviceable and does the trick.
Extras: None
Race for Your Life, Charlie Brown (1977)
Directed By: Bill Melendez, Phil Roman
Starring: Duncan Watson, Greg Felton, Stuart Brotman, Gall Davis
Race for Your Life, Charlie Brown makes its HD debut in this set, which is pretty exciting! The title pretty much sums up but plot but: Charlie Brown and the Peanuts gang go off to summer camp. All is fine until they run into a rival group. One of the events in the camp is a seemingly adult-free unsupervised river-raft contest. I think this might be my favorite of the set because the story allows for a nice ensemble. Its fun to get to know the colorful cast of characters that inhabit the world of Schultz's Peanuts.
I also love how the film has Charles Schultz brand of biting and sardonic humor which is aimed as much to adults as it does children. This brand of humor is where I feel the film is at its strongest. Once again though, I think the film tends to feel repetitive and there are some moments that while fun do feel like they only serve to pad the film out to feature length. Still. the movie has a lot of charm and I think that helps gloss over some pacing issues. As always the hand-painted animation is amazing. A really nice addition to the theatrical Peanuts canon and well worth checking out.
Picture: Race for Your Life, Charlie Brown is the first of two films making their HD debut in this collection. And, you know what? Its a stunner! The hand painted animation looks clean and its not plagued with the artifacts that the older releases do. Grain is maybe on the heavy side but I think its smoothed out enough that it isn't distracting. I am overall super pleased by this visual transfer.
Sound: Race for Your Life has a DolbyTrue HD track. The sound is again maybe on the tamer side but does offer a, in my opinion fuller overall sound vs. the previous releases. Dialogue and music come through in a nice robust and clear way.
Extras: Theatrical Trailer
Bon Voyage, Charlie Brown (and Don't Come Back) (1980)
Directed By: Bill Melendez, Phil Roman
Starring: Arrin Skelley, Daniel Anderson, Patricia Patts, Laura Planting
Like, Race for Your Life, Bon Voyage, Charlie Brown (and Don't Come Back) (1980) makes it US HD debut with this boxset. Charlie Brown and the gang go to France in this international comedy. Similar to Race for Your Life, Bon Voyage showcases more of the Peanuts gang and, this time we get a wider scope. The story is full of Schultz's trademark humor which, like the previous films mixes adult humor and childlike wonder. The animation this time around is still really good. Though I will say that sadly the film while still stunning looking (with beautiful hand painted backgrounds) doesn't do anything experimental within the medium. This is also true for Race for Your Life.
The story is more streamlined but again, there is always some sub-plots or side stories that de-tour from the main narrative. Speaking of, I think that this probably has the best central plot out of all the films in this set. It has a really interesting story that isn't as by-the-numbers as the other films. It weirdly has a kind of mystery plot which has a nice pay-off at the end. And, as always the movie dazzles with charm and is just a fun, enjoyable watch.
Picture: As I mentioned in my review Bon Voyage makes it US HD debut in this collection. And, again I am happy to report that this is a stunning looking release. This movie which turns forty-one really pops in terms of color and clarity. Artifacts and scratches have been cleaned leaving a pristine picture.
Sound: Like the previous release this features a TrueHD track. The music and dialogue comes through nicely. Its not perfect but the overall sound presentation has a nice full sound to it.
Extras: Extras include Travels with Charlie: The Making of Bon Voyage, Charlie Brown and Trailer
Posted by The Video Attic at 9:39 AM