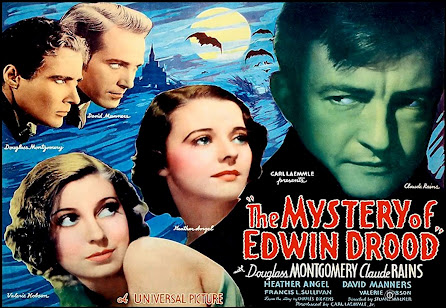 Yet another Universal horror film has been announced from Kino this morning. This time its The Mystery of Edwin Drood from 1935. The film stars Claude Rains (Wolf Man, Invisible Man), Valerie Hobson, Heather Angel and David Manners. Extras have not been announced but we do know it will have a brand-new 2k scan!