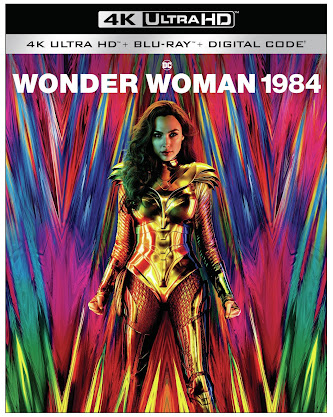 Disclaimer: Warner Brothers Entertainment has provided me with a copy of this film free of charge for the purposes of review. All opinions contained within are my own honest reflections.

I think we can all agree that when the company that Batman built has highs it really crushes it. Their films have been making bank long before the MCU had ever found the formula for making perfect blockbusters. At the time Wonder Woman (2017) came along the DCEU was in a weird place in terms of more misses than hits. Jenkins WW came out swinging earning nearly a billion dollars and putting DC back in the game as far as quality comic book movies. So, needless to say hopes were incredible high for Wonder Woman 1984. The streaming service HBOMax made a landmark decision to stream the movie at no additional cost to subscribers on Christmas Day. However, like a literal shit-storm the critics and fans had swarmed on the film with the kind of hate that was palpable even by Internet standards. Yikes. The movie currently has a dismal 5.4 on IMDB. But, is it really that bad?

First a quick rundown of the plot: Its 1984 (duh) and Diana (Gal Gardot) is working at the Washington Smithsonian. Meanwhile meek new employee Barbara Ann Minerva (Kristin Wiig) is struggling with self-esteem issues and also man preying on her. Failed businessman Max Lord (Pedro Pascal) tracks down a wishing stone and starts to create chaos all over the world. Diana unknowing wishes for Steve Trevor's (Chris Pine) to come back to her. And he does, using some random guys body (more on that later). Barbara ends up wishing to become a predator not prey and is transformed into Cheetah.

The movie starts out with a pretty amazing sequence at a mall with Wonder Woman sporting her iconic comic suit which I have to say was so awesome to see. And, things just can of go down hill from there. I will say that my hot take which isn't very hot at this point is the movie is yes bad but its not the trash people would like you to think it is. Yes, the movie strangely straddles itself with sloppy/awkward plotting, pacing issues and, its never good when magic is introduced into the mix. Not to mention the uncomfortable questions about consent in regards to Diana having sex with Steve (in some random guys body seemingly in the sunken place). It's frustrating because these seem to be really easy fixes that three screenwriters couldn't get right.

So yeah, the movie is wildly misguided and I think it upset fans that had loved the first movie and waited three years for a follow up. It probably didn't help that we were all getting cabin-fever with many of us spending Christmas without our families. I however, bad as it was, it did not deserve the kind of vile hate that it had heaped on it. I wanna focus on what I liked about it.  I think the movie had great acting and, for me Kristin Wiig is always a win. Not to mention the whole predator/prey for dynamic for her character (though on the nose) was one of the interesting things the movie explores. Cinematographer Matthew Jensen who photographed the first WW does a great job at giving the movie a nice scale and scope. The whole whacky magical plot gives the movie a nice '90s era level of cheese baked right in.

Again, yes, its bad, but no its not the worst movie ever. If you have never seen it give it a try, at worst you`ll have a so bad its good time with it. It will be interesting when all the hype dies down how this movie will be seen and if it will be re-examined.

Picture: Wonder Woman '84 looks incredible on UHD. The films more vibrant color palate transfers really well here. Colors are upscaled considerably and it really showcases clarity in the costumes, costume textures,  locales, set pieces etc. Thankfully we have a image that looks clean without that over processed feel to it.

Sound: Wonder Woman '84 features a Atmos track. A movie like this demands a big strong sound experience and thankfully, thats just what we get here! This  track in my opinion showcases a robust huge sound and, those who have a sound system will be able to feel the power coming out of your speakers. This also features a nicely done Dolby TrueHD 7.1 track and a 5.1 track.

Extras:  Wonder Woman '84 features a nice array of extras including: