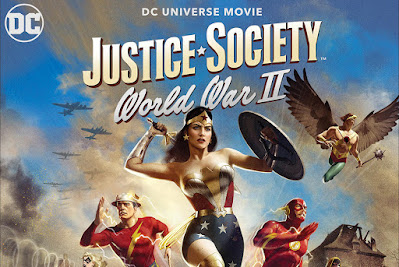 During a epic battle modern day Flash (Matt Bomer) finds himself back in time during WWII. Set in a alternate timeline the Justice Society is tasked with stopping the Axis of Evil in this exciting entry in the animated DCEU.

Justice Society had the task of balancing wild-comic book action, pathos and humor all taking place in the backdrop of WWII and, of course Hitler's army. Taking grim material and making it fit into a comic book world is no easy job. And, for the most part I think that the writers do a great job at juggling all the different tones. Its tricky when your dealing with real world atrocities but, in my opinion everything was handled pretty well. And really, how doesn't wanna see Nazi's getting their butts kicked. It was also really impressive how not only every character was well utilized but each character had a nice well realized arch. 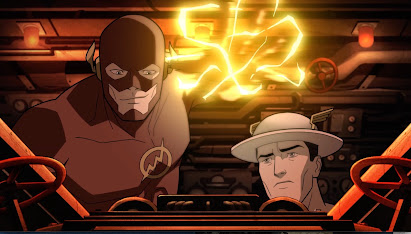 For the most part the animation is extremely well done and there are plenty of great action-set pieces to keep audiences of all ages engaged.  If I had to raise a criticism its that the movie is certainly on the predictable side. For example, there are characters that you know are doomed right from the start. The movie wants to raise the emotional stakes (which I totally get) but it would have been nice if the writers found a way to subvert or misdirect expectations. Also, while just under ninety minutes the movie starts to lose some steam midway through its second act. It felt like certain plot lines could have used some streamlining to keep the pace moving. 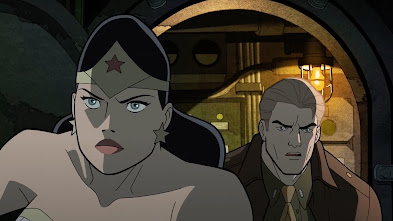 Hardcore fans may look down on the animated DC films and, while yes, they are far from perfect I always go into them with an open mind. Justice Society for all its shagginess does manage to tonally balance whilst giving every team-member a well structured and organic story-arch. This may seem easy but that certainly takes a skill set to pull off correctly. Bottom line: I found this to be a fun outing and worth checking out.