Stana Katic returns to the DC Universe Movies as the voice of Wonder Woman in Justice Society: World War II – which arrives tomorrow, April 27, on Digital. 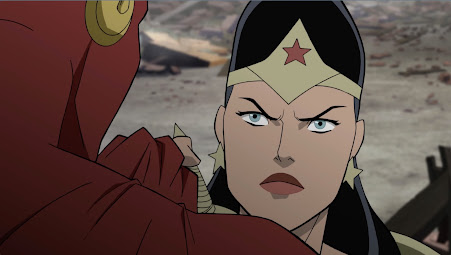 Katic is best known for her lead roles on Castle, Absentia and A Call To Spy. She made her DC Universe Movies debut in 2013 as Lois Lane in Superman: Unbound (2013). She also was featured as the voice of Talia al Ghul in the 2011 videogame, Batman: Arkham City.

The Link will open in a new browser.