Universal Horror The Secret of the Blue Room (1933) 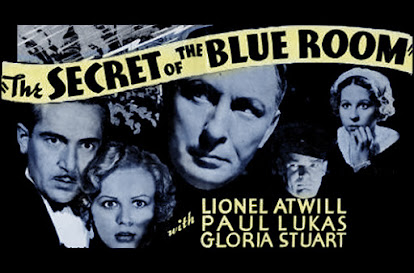 30's Era Universal Horror Film  The Secret of the Blue Room (1933) will be making its US HD premier later this year from Kino Studio Classics. The film stars Gloria Stuart (The Old Dark House, Invisible Man), Lionel Atwill, Paul Lukas. Photographed by Universal horror alumni Charles J. Stumar (The Raven) and written by William Hurlbut who scribed The Bride of Frankenstein (1935) and directed by Kurt Neumann of The Fly (1958). Details are limited at this moment but Kino has confirmed it will be a new-2k scan!

This comes on the heels of another Universal film The Spider Woman Strikes Back (Details HERE) also coming out later this year.