Abtahi is currently commanding the fanboy scene with featured roles in The Mandalorian and American Gods, complementing his notable past roles in Argo, Better Call Saul and Damien, as well as voice performances in the World of Warcraft and Call of Duty videogame franchises. Justice Society: World War II represents his DC Universe Movies debut. 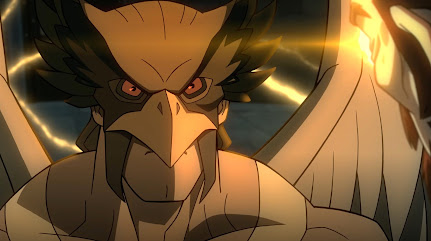 Produced by Warner Bros. Animation and DC, the feature-length animated Justice Society: World War II will be distributed by Warner Bros. Home Entertainment on Digital starting April 27, 2021, and on 4K Ultra HD Blu-ray Combo Pack and Blu-ray on May 11, 2021.

The three interview bites (tied together) feature Abtahi discussing the opportunity to play a super hero of Middle Eastern descent, his appreciation for the depth of the characterizations in Justice Society: World War II’s script, and his need for performing in productions appropriate for his young son to experience.

Link will open in a new browser.