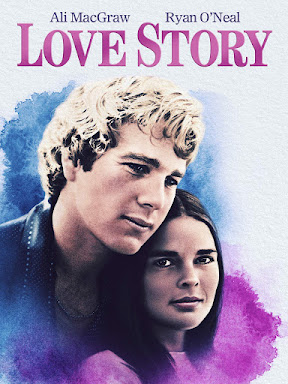 Disclaimer: Paramount Pictures has provided me with a copy of this film free of charge for the purposes of review. All opinions contained within are my own honest reflections.
Spoilers for a 50+ movie
So, allow me to be frank for second. Love Story is not exactly a movie that I probably would have rushed out to watch. It's not because of some macho-bravado reason. Romance movies never really connected with me. Mostly because even in 2021 the stories are almost entirely exclusively geared towards cisgendered heterosexual couples.  I won't deny that these movies have value and even in some cases some insane talent behind them. They just never was my thing. Having said that I have been pushing myself to try to expand my movie horizons. It also doesn't hurt that Love Story is historical in the annals of film for a few reasons. Namely, it helped save Paramount Studios from going under. It also ushered in not only the blue-print for rom-coms and romantic movies in general for five plus decades but also was a driving force in counter-culture film geared towards the young 'hip' generation. Two college students Jenny (Ali MacGraw) and Oliver (Ryan O'Neal) fall in love despite being from very different social classes. Yet, the romance seems to be doomed from the start in this seminal romance/counter-culture hit. The film opens with a sweeping shot and a somber piano piece by Francis Lai (who won an Oscar for his score) and O'Neal's melancholic narration perfectly sets the films mood.  After finally watching Love Story I could really see why the film was so popular with a young audience. It didn't talk down to young people, and told a story in a frank way. And, it's extremely well made with Hill truly mining the material with honesty and, getting great performances out of Ali MacGraw and Ryan O'Neal. Ray Milland who was sixty-three at the time plays the stuffy Oliver Barrett III, father of O'Neal's character. Milland very much is a stand-in for old Hollywood and O'Neal's Oliver rebelling against it. This also is notable for featuring the very first role for Tommy Lee Jones (who even at twenty-four still looked old and cranky). And, you have the great photography of Richard Kratina. His work on this film has an innovative documentary-like style  that is common now but must have felt so refreshing for the time. While yes, I think the movie is an important artifact in cinema history (without it helping save Paramount we might not have gotten The Godfather). The thing is the movie is very much of it's time so it feels like, to younger viewers an artifact. It's reflections on class especially viewed through O'Neal's Oliver feels more like a rich white man flexing his white-privilege. After all here is a man that is given every opportunity (something rarely afforded to people of color or low-class standing) and has the luxury of throwing it in his face. Not to mention the scholarship he asks for could have gone to a student who actually needed it. Jenny is a free-spirited woman but, after marriage she perfectly fits the mold of house-wife giving up her dreams. Love Story is also the victim of it's own success as it's spawned countless imitations and, now looking back it feels troupy (even though it was not at the time). I think the film doesn't really have the edge and boldness it had five decades prior. Now, I'm not suggesting this movie is bad. In fact I thought it was a well-crafted albeit a bit overly sappy movie that helped buck the Hollywood system and, in a way usher in a brand-new Hollywood. It's lead's really make you feel for and connect with them in a big way which I think is why it's still watched and discussed. Love Story didn't convert me to romance movies but I will give it the respect it deserves for being a well-made film that basically helped save Paramount with the help of Robert Evans. This is detailed in the documentary The Kid Stays in the Picture-also being released by Kino (my review for that is coming soon).
Love Story may be perplexing to modern-cinema watchers but it's lasting impact is still felt in big sweeping overwrought romances.
Picture: Love Story looks fantastic in this new transfer. Locales, sets and things like clothing textures really pop. Grain is kept to a minimum and the overall look feels sleek and not over processed. In my review I praised the films photography and, this print shows it off nicely.
Sound: Paramount provides audiences with a really robust and well done DTS 5.1.  Francis Lai haunting piano score really is celebrated here. Dialogue comes through nicely as does the sound design.
Extras: Paramount Presents features a great array of features for Love Story. Imported from the 2012 release is: Feature length commentary by director Arthur Hill, Love Story: A Classic Remembered (14mins)  Trailer.
New to this edition is: Introduction by Ben Mankiewicz, which was originally recorded for the TCM Fathom Events screening. You also have the option to play this in conjunction with the feature which is a nice touch. It also includes Filmmaker Focus: Leonard Maltin on Love Story (HD) (6mins). Maltin gives us some great behind the scenes and cultural context behind this film and is, of course very engaging.
Posted by The Video Attic at 7:45 AM