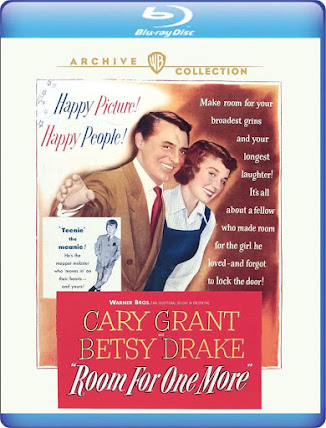 A typically middle-class husband named George (Cary Grant) and Rose (Betsy Drake) with kids of their own start to take in and adopt several kids, lifting them from terrible situations. Norman Taurog director of Boys Town (1938) and, the 1938 version of The Adventures of Tom Sawyer tackles this early '50's comedy. This movie is certainly a comedy, yet surprisingly the film tackles a some heavy issues such as child-abuse, child neglect and the negative scarring it can have. The movie finds an interesting way of broaching these subjects and not shying away from them whilst also keeping things on the light side and, features some amazing comedy gags. The inflatable boat in the desk bit is classic. This is hard thing to pull off but the film manages nicely. Cary Grant's charm is in full effect and, the quippy dialogue he is given really allows him to shine in this film. Equally good, and, in my opinion the beating heart of this film is Betsy Drake. Drake offers up a warm, witty and world-wise woman, like a greatest hit's of what a perfect mother should be. It's worth noting that Grant and Drake were actually married at the time of filming. You can tell because the two have not only a natural chemistry with one another but, the pair of talented actors play off of each other incredibly. The children are a huge piece of this movie, both in terms of comedy but also pathos. It's a credit to Taurog that he selects some really fine child actors that seem to be able to handle the emotional weight as well as the lighter moments.

Room for One More is a movie with a great deal of heart and tenderness, yet I think it never skirts the line into overly sappy or sentimental. Okay, maybe just a little but, the film is so well made you easily forgive some indulgences. You also have to give the movie a lot of props for tackling a subject like adoption and, highlighting that troubled kids need good homes as well. Also, some of the abused kids behavior seems realistic. For example the first adopted girl Jane (Iris Mann) hoards food in secret which is a real disorder associated with abused children. Though it may never be considered a 'classic', Room for One More has laughs, heart and some great acting.

Sound: Just like the picture, Room for One More has a nice DTS 2.0 track. Dialogue comes through nicely with no background hiss present.