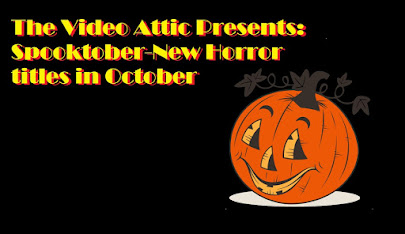 Directed By: Aaron B. Koontz 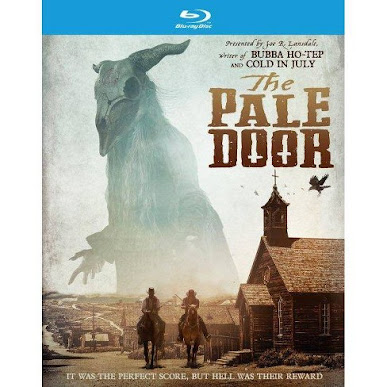 The horror western is not a new hybrid but like any attempt at melding together two genre's that are so different its often a tricky 'undertaking'. A gang of outlaws are on the run after a robbery goes sideways. Now, stuck in a strange town, the group of men must fight to survive a coven of witches. So, frankly speaking I've only seen one other film directed by Aaron B. Koontz , which was two of the segments he directed in Scare Package (2019). And, if you recall my review, I was not a fan. But, I went in with an open mind hoping that this would be a interesting mixture of horror, western and folk horror, which, as of late has been making a huge comeback. So...yeah its not very good.
So, normally I dont knock a movie on a budget that looks cheap, however, clearly Koontz and company did not have the budget to do a period horror. It's a bold choice and I think that it's one of the things that takes you out of the film. From the outset the setup is an interesting one and, I think melding witches in a western is inspired. The issue is the screenplay feels underwhelming and never explores these ideas in an exciting or provocative way. As I said melding two genres together is difficult but movies like Bone Tomahawk (2015) and Ravenous (1999) proved it can work well. This however feels very by-the-numbers and, plays up the family drama instead of just sliding into the tongue-in-cheek qualities. Because, if you know you dont have the budget or talent to pull off a masterpiece, at least make it fun. But instead we wade through long periods of talking, non action that frankly isnt that compelling or interesting. The movie wants me to be invested in these stock characters but I was not. They nearly did something interesting implying the one character was gay but, again, never does anything with that thread. Maybe worst of all though, the film even manages to under cut its own horror. Allow me to explain. The women running the brothel are actually Salem witches that we're burnt at the stake. Okay, not that original but I'll go with it. When the women finally shed their bodies and take the form of witches they are crispy and gross. That's awesome, until... you see they have big long witch noses-I KID YOU NOT. Seriously, I laughed out loud when I seen this. I went back and checked and this isn't a spoiler, as this was boldly revealed in the trailer. The thing is, this would be fine had the film played more as a campy-b horror western but its not, so this further wrecks any kind of tone they try to set. Also, they establish this interesting mystery about a girl that was locked in a trunk and this could have been really engaging had it drawn that out more and paid off better.
Movies like The Pale Door are frustrating. Frustrating because you can see that Koontz is a hardcore horror fan and does have skills behind the lens from a technical stand point. Sadly though the film saddles itself with a meh-story, wildly inconsistent acting and witch makeup's that look more like Witchiepoo from H.R PufnStuf  then anything remotely scary or effective. I like when people do high concept horror but it takes a level of talent to successfully pull it off. I think Door could have worked if it streamlined its plot and found a consistent tone and maybe played up it's cheese more. As it stands this movie isn't anything you`ve already seen before and even the cool ideas is under-cut but its rough edges. This witch had promise but it sinks like a stone and dies a quick death.
Picture: Pale Door looks great in 1080p and the transfer from digital gives the film a nice grainy filmmaker quality that was pretty impressive. Skin tones look natural and colors are overall balanced nicely.
Sound: Pale Door sports a nice DTS 5.1 Soundtrack. The music, sound design and dialogue come through nicely with a robust sound.
Extras: The extras include: The Making Of The Pale Door, Filmmaker Commentary and a featurette on the editing.
Posted by The Video Attic at 10:03 AM