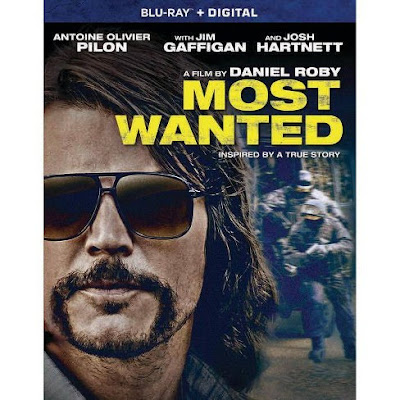 Inspired by the gripping true story, an investigative journalist (Josh Hartnett) unravels a twisted case of entrapment in which Daniel (Antoine Olivier Pilon), a guy from the wrong side of the tracks, is forced into a dangerous drug deal against his will and is sentenced to 100 years in a Thai prison.  As Daniel endures torture and abuse, the journalist must track down the shady undercover cops benefiting off the conspiracy, while also fighting for Daniel’s freedom.

I had never actual heard of the story in which this film is based. Therefore I think my wanting to see this movie was almost solely out of natural curiosity. Director Daniel Roby tells a compelling story that is perfectly serviceable whilst also injecting some of his own style into the mix. I think what my biggest issue with the film is not with its direction so much as it's kind of nothing you haven't already seen before. The film is a very by-the-numbers thriller,  conspiracy movie, and I think for the most part it doesn't stray too far away from other movies of its ilk. But, in a weird way the film kind of feels like it isn't completely sold on if its trying to be a straight up thriller though, and some key moments that feel like they would be played up for more suspense is sort of soft-balled into the plot. For example, Victors house is vandalized in order to silence him is treated by both the character and the film as just not a big deal. Again, it feels like the film wants to present the film like a conspiracy thriller but isn't one-hundred percent committed to it. The film is far from bad though and as I said the film has a compelling story to hang its hat on. It's just not the most innovative story.

Where the film really shines, and honestly, what is maybe its saving grace even, is its stars. 23 year old Antoine Oliver Pilon is fantastic in the kind of showy role that may just land him into bigger better projects. He seriously is such a great actor for his age and I think with the right breaks could end up being an A-lister in no time. 90's mainstay Josh Hartnett also does an amazing job and you can really tell he doesn't half ass his role. Every movement, every gesture feels perfectly orchestrated but somehow also feels very natural. In other words he is so good he makes it look easy.  Stephen McHattie is probably one of the more underrated character actors of our time and simply devours the part but brilliantly walks this tight rope of going over-board or hammy. It's really a master class in subtle less is more acting. Jim Gaffigan! I will admit I had my doubts about Gaffigan in a serious role but holy crap, I happily take back any reservations. Gaffigan's Picker is stellar and honestly gives what I consider an Oscar worthy performance. I know I didn't mention everybody but, every single person crushes it in this film and should be very proud of their work.

This is certainly what I call a three-star-movie, its fine, it's an entertaining flick but it doesn't have anything new to elevate itself, and in a climate of instant access dominating the film landscape its hard to truly stand out. The story is compelling, yes, but it's only so engaging. It kept my attention and  I was engrossed because as I said I knew nothing about the real life events, but...honestly I dont know if I would re-watch it any time soon. The Canadian director is fairly new to the film scene in terms of directing and while yes the film is well constructed, I think that Roby is still trying to find his voice in terms of cinema, though, as I said the film does have a level of style in how the film looks and feels. The acting really saves this movie from being totally forgettable and is worth watching just for that. Gaffigan owns this movie and while his screen time is short he makes the absolute most out of it.   I very seriously hope he does more dramatic work in the future.

Picture: Most Wanted looks good on 1080p. Being a newer film transferred it looks crisp and clear. This being most likely shot on digital you get a smooth, grain free presentation. Skin tones look natural and the film retains a nice balance of color throughout.

Sound: I gotta say I was really impressed with Most Wanted's DTS-HD Master audio track. The film is very lively with sound effects and sound design and these came through very well. Dialogue comes through healthy as well.