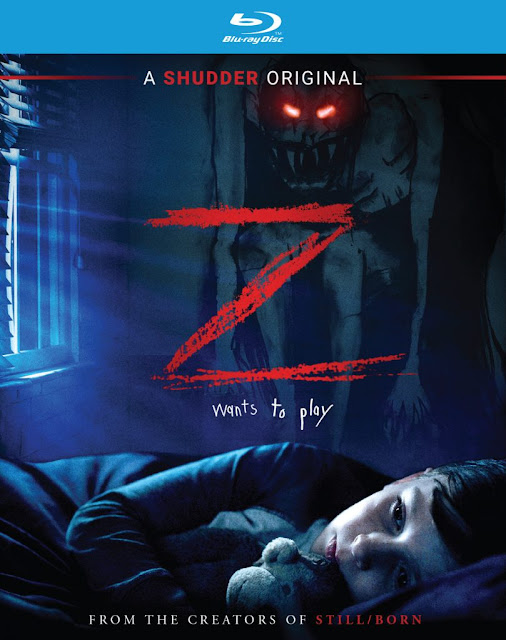 Eight-year old Josh starts talking to a mysterious 'friend' named Z. Of course the parents dismiss this as just a childhood phase until creepy things start happening. Maybe instead of Z, the film should have been titled F, as in Formulaic. We are living in an age where there is almost a glut of new product coming out, which is great on one hand but, it also means that for filmmakers they need to really deliver a feature that stands out among the crowd. Z, struggles to do so. You know doubt have guessed from the plot summary that this set-up is laughable well-worn. I could list a dozen films along this line but I think you get my point. What's frustrating is the film attempts at a interesting subversion of this troupe which could have turned things around yet it does nothing exciting or interesting with it. Worse yet its painfully predictable and doesn't take big enough swings.

The already lean run-time of 83 minutes strains with a needless sub-plot involving the mother of Elizabeth. Narrative wise it doesn't really add anything expect to halt the film and any tension it does manage to build. The film also even manages to under-cut its own scares with poorly done CGI. I will say on the bright side the film has a very strong cast with Keegan Conner Tracy giving a performance that is far too good for the material. Jett Klyne similarly brings a ease and realistic turn as Josh and thankfully doesn't fall into that annoying kid category. Even from a technical standpoint Z is a very well made film. Moments are creepily shot, but again there is very little to no weight given to them. It's more frustrating because I think there is a good movie in there somewhere and Brandon knows his craft from a technical standpoint i.e its well shot and put together. Yet its saddled with a screenplay that is underdeveloped, wildly uneven and frankly not very scary. Worst yet the end the film violently shifts gears to the degree it totally feels like we're watching another film. Baffling doesn't even begin to explain the tonal and story shift the film takes in the third act. I think that there are nuggets of good ideas here but the film bogs itself down in cliches and weak narrative.

The film looks great on HD and clarity is well handled even in darker lit scenes. Skin tones look natural and colors are balanced well. The sound is also great with dialogue coming in clear as does the sound design and music.

No features are included for this film.