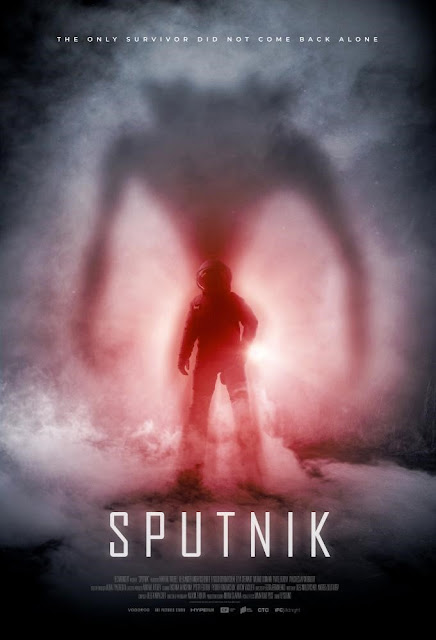 So, here's the thing. I will be doing both a spoiler free and spoiler filled version of this review. Having said that, the plot summary and things I will be discussing in this spoiler free version is what is laid out in the trailer. For me it doesn't give away any main plot points and of course in this version of the review I will not talk about the ending. BUT: If you wanna be on the safe side, just watch the film and come back to this.

We've been getting a new wave of '80's-90's inspired horror films which are not subtle in their love for the decade. Two recent, Rent-A-Pal and Sputnik  are set in these time periods but in a more grounded, less love-letter-y way. Its the latter I am here to talk about. Two astronauts of the Orbit 4 mission come back to earth but only one seems to have survived. It appears that Konstantin Veshnyakov (Pyotr Fyodorov) had brutally murdered his fellow crew mate. A Doctor named Tatyana Klimova (Oksana Akinshina) who is known for controversial methods is tasked with finding out what happened on the mission, as Veshnyakov claims he doesn't recall what happened. It appears that the crew brought some other life form back with it leaving Tatyana and everyone on the base in danger. 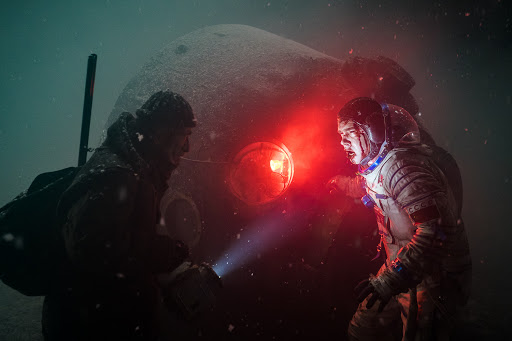 Here's the thing I will say right from the outset that this movie will not please everybody. If you are hoping for a dumb-creature feature alien movie that you can watch without investing your full time and attention into, well, that is not this movie. However, if you are interested in a alien creature feature that doesn't spare the gore but also has depth, a interesting and ever unfolding plot along with great character developed than you`ve come to the right place. Before I dive into the plot I want to say that this film is such an interesting beast from a visual stand point. It has an understated flare with its uses of primary colors like red but is also very restrained. The entire film has this cold and at times overwhelmingly oppressive feeling. This not only perfectly reflects Russia during the cold war (the film takes place in 1983) but also the military run base which the bulk of the action takes place. Every single shot and camera movement is painstakingly planned out but in some cases it feels like it helps thrust the films action and feels completely justified and organic to the story. For example, there is a brilliant creature level POV shot. Yeah , this is nothing new but it shows me that the director cares about the look and feeling that good camera work can deliver. Along with its cold color scheme  the film has this claustrophobic feeling that puts you on edge the entire time. Plot wise there is honestly nothing really new here, we get a doomed space mission, a killer alien all under the thumb of a big bad government. What helps the film elevate itself from countless others however is how it handles this troupes. In some respect they lean in on them but add a new or thought-provoking spin or they take the troupe but find a sly and clever way to subvert it. It's also more of a moody character piece evaded by an alien movie. Both Tatyana and Konstantin start out as very icy people, with both respected actors giving equally cold performances. Yet, as the film progresses they both let their guard down (figuratively and literally) and they have pretty satisfying character arc's. I will say that the films themes of fear, control, military oppression and heroism are well worn and sure, maybe heavy handed but I still think overall it made for a good outing.  The alien itself is a true work of genius as its rendered in great CGI that looks good drenched in darkness or shown in full light of day. Savage, slimy and frightening, this creature is well developed and executed. 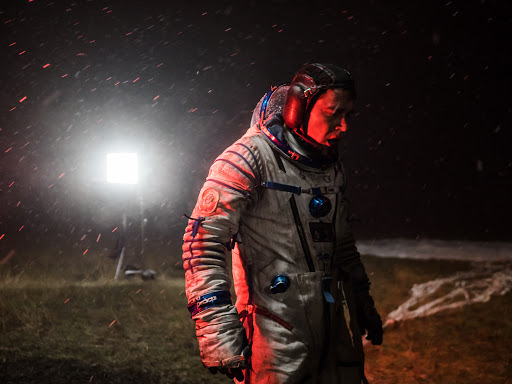 Unlike a lot of big blockbuster films that are more focused on "world building" and setting up marketable franchises this movie is a creepy unsettling slow burn of a film. It kept me interested  because of its is evolving plot and, I liked the fact that we, the audience are slowly dripped new bits of information that help shape the overall story.  Its that air of mystery and the fact that it doesn't show all of its cards made it engaging and rewarding. As I said its a movie that you need to put down the phone and pay full attention to. But, people should really do that with any movie. Set up's for the most part are paid off and though the film is nearly two hours there really is no filler material to bog itself down. Even when characters do dumb stuff it's not wasted and these seemingly bad choices help move the plot forward. Thats the thing, the plot is constantly moving and even the quieter moments are narrative important. As I said the film isn't perfect and does have its share of cliches, heavy-handedness and some predictable moments. Despite this, I think the film works because its hardcore on its gore and action but also slows down to be a moody, rich and chilling character study. Incredible this is the directors first feature length film, having previously made two short films Polaroid Love (2008) and The Passenger (2017).  For a first outing this is wildly impressive. Seriously, this guy could really go places given the right projects.

This film will no doubt be compared to Ridley Scott's epic space-trucker's meets body-count meets space-beasty all in a old dark house setting, otherwise known as  Alien (1979).

While the film does homage very subtly homage Scott's film, it thankfully never feels like it lives in its very large shadow. It sets its very own tone, characters and motivations that feel grounded enough where you take things seriously but surreal enough to always feel on edge and panicky.

Egor Abramenko crafts a tense, visually sublime and scary as hell film. Do not watch it alone!