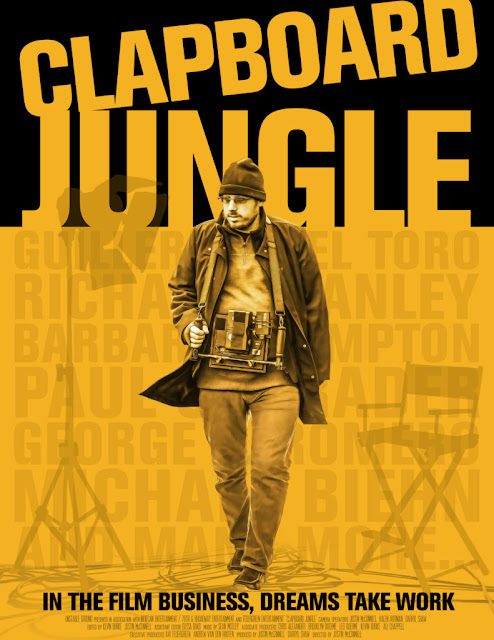 It may sound cliche and corny but, movies really are magic. For me, they have always been there for me in my happiest times as well as my darkest. Through their celluloid heart beat I and many others can escape into a fantasy land and we need this now maybe more than ever. But the road to making those movies are paved with pain, heartbreak and celebrations. The journey from screenwriting, selling, filming and marketing these films can be literal hell. Its something I make sure I am aware of when I review them.At the end of the day these people deserve respect no matter what you think of their output.  Filmmaker Justin McConnell's film Clapboard Jungle: Surviving the Independent Business explores the insane process of bringing a film to audiences. The film is told through a personal diary of Justin and his crew as well as heavy hitters like, Mick Garris, Gulliermo del Toro, George Romero, Brian Yuzna and Lloyd Kaufman.

As much as I thought I knew about filmmaking and marketing this movie proved that there is always way more to learn. Clapboard is a total film course on movie making without paying for expensive courses. The interview subjects offer very no-nonsense and at times very brutal, tough-love advice and, honestly, that is exactly what a new filmmaker needs. People who think they will just grab a camera and make the next big-hit really need the reality check and this film offers it. I love how the film offers invaluable perspectives from both veterans of the industry such as Lloyd Kaufman, David Gregory as well as exciting new talents like Izzy Lee, Jenn Wexler and Steven Kostanski. Ever aspect and step of making films from how to deal with critics to funding to marketing and shooting is all covered and its very eye opening. I think what really was interesting was hearing from what producers are looking for. I dont think I've actually ever seen this perspective on film before. This is great all by itself but I think what brings this film together is the personal touch. Through video diaries (some deeply personal) we see the highs and low's of filmmaker Justin McConnell as he navigates the frustrating business of film. He's not afraid to express how is is feeling about the process and for me, it helped me connect with the film. How can you not root for Justin when he clearly loves what he does and just wants to tell stories? 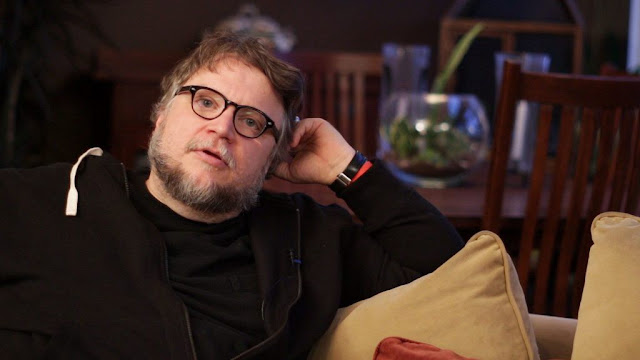 Clapboard Jungle takes us through the hellish roller-coaster of filmmaking and I enjoyed the taking the ride. Justin McConnell's film is truly a no nonsense guide to filmmaking. Extremely well done and should not be missed.