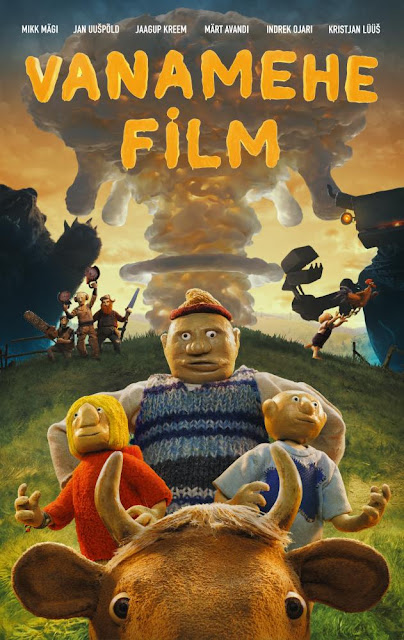 Before I start let me say: I love movies, I love the escape they give me and how truly awesome and magically they are. Writing and reviewing about film helps me celebrate the medium whilst also highlighting and insanely talented filmmakers and actors. And, I never have seen myself as someone who took pleasure in taking down bad movies and I generally like to showcase positive, yet be honest with what maybe doesn't work about an otherwise great, good or even just good enough movie.

Having Said That: There are those are exceptions when I see a movie so bad and wrong on many levels that it's hard not to truly express my feelings. I feel like I owe it to the few people who read my reviews to be honest yet constructive. Oh Boy, here we go. The Old Man Movie is truly one of the worst films I've seen in a long time. Not in a fun so bad its enjoyable way, just in a painful deep hurting kind of way. If you are tempted to still see this movie afterwards well, thats on you. The plot (of what there is) centers around three city kids that visit their crazy old grandpa. And some nonsense about cows with exploding udders, milk lots and lots of milk. Really calling this a narrative is probably way more generous than I should be. This movie is claymation and it started out alright, acting almost like a edgier Wallace and Gromit. Yet, any kind of clever or interesting ideas quickly devolve in a circling drain of crass and crude jokes that are pointless and features animation that is just so ugly to look at. 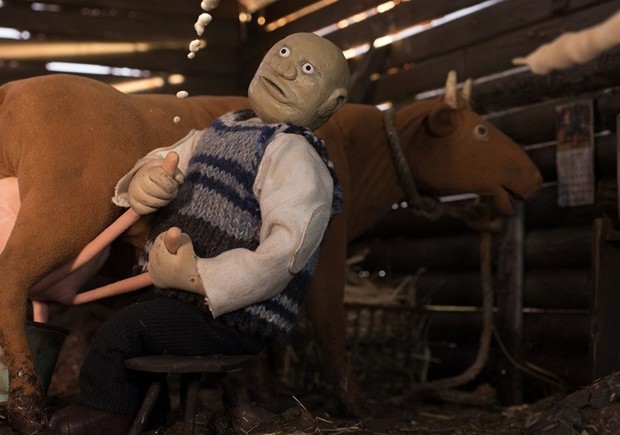 Even more disturbing is some very nasty sex jokes involving or made around children characters That actually creeped me out a great deal. The thing is this easily could have maybe worked as a 10 minute short film but the directors stretch it out for nearly 90 minutes and again, it was actually painful to slog through. Now, before you accuse me of being a film-snob, I love a good low brow edgy comedy, even a silly and dumb one. But Old Man has no redeeming value and substitutes wit and well timed humor with just the sickest laziest sight gags. Ever wanted to see an old man blow into a pigs ass whilst he grandkids watch in glee? Seriously,  what the actual fuck? Oh and it also is so timely in its "take down hippies" sub plot which is weirdly long and adds nothing to the plot (of what there is of it). I always try to say something nice or good about a film and, while it was hard I will say that from a technical standpoint the film is actually fairly well done. Though all that is wasted on a deeply underdeveloped creepy (and not in a good way) crass crude movie with sophomoric humor aimed at adults.

This is hands down the worst film I've seen thus far featured at Fantasia fest 2020 which until this had been damn good. Again, if you still want to see it out of some morbid curiosity well, I warned you. Honestly, it was so bad and baffling I was mentally drained and had to take a break before writing this review.