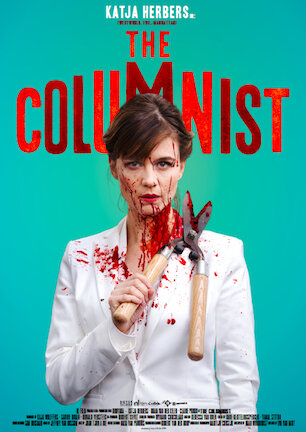 A writer getting revenge on their online-trolls? Did someone make a movie just for me? Femke Boots (Katjia Herbers) is a successful columnist but is ready to break out of this with her first book. She hits a road block in her book as her cynical editor wants massive re-writes and re-working of her original manuscript. Meanwhile, the flood of online trolls to her online column is getting worse, even including death threats. She goes to the police but they instantly shrug her off and the threats are not taken seriously. In fact, they tell her just to stay off platforms like Twitter and Facebook. Out of curiosity she looks up one of her trolls and to her shock finds that he is a next door neighbor. On an impulse she kills him and cuts off a finger. After the murder something clicks and she is able to write. Now, she must keep killing these online-bullies to keep her creative juices flowing. The issue of online bullying and trolls that try and bring down artists and creative people is something that is sadly just a part of the internet. As amazing as Twitter and Facebook are for connecting people and sharing ideas it can also be used to tear others down. Ivo addresses this and uses it in a the form of a thriller, something that is long over due. I was a bit cautious going into this film because, despite loving the concept this is an issue like this has to be handled a certain way. It cant be preachy but also should be nuanced enough to be thought-provoking. 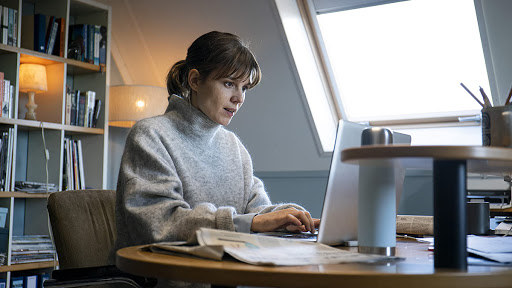 And I think, it balances that very well. Femke Boots is a very likable character but the filmmakers make it perfectly clear that we shouldn't love what shes doing and it doesn't glorify it. Yes, with the first few kills we the audience, cant help but root for her, because I think we've all dealt with online trolls or bullying. Then, I believe its her third victim, he starts to talk to her, and while he isn't innocent of online-harassing there is a humanity we see in him. It's important we get that, because, while yes its a horrible and ugly thing people do, but at the end of the day they are still flawed people. Had this not been in the case I dont think that film would have worked as well as it did. But, the core theme is really brought home in the form of Femke's daughter Anna (Claire Porro). You see, Anna is working on a free speech project at her school. In a wonderfully and brilliantly edited scene Anna gives a speech about how people are being killed in places in Russia for their online comments of rebellion, inter-cut with mother Femke who is literally killing people for their view points. Now, some might groan and say that not only is this not a very apt parallel but its a bit on the nose, and while that is true, I think it helps bring this point home. Its that nuance that I said a film with this subject matter needs. Katija Herbers (Westworld) plays Femke and she does a fantastic job! I think that this role is a key to the fail or success of the film and Herbers brings a subtle but effective performance that is the lynch-pin in the film working as well as it does. Claire Porro is great as well and the two are very believable as a mother-daughter duo.

On a technical side the film has wonderful camera work, production design and attention to detail and well done editing. Ivo also crafts a mood that is eerie and dread filled yet grounded in a almost painfully mundane reality. If I had to complain about the film its that I think the ending is somehow both incredibly satisfying in one regard but also maybe a little abrupt. Some critics may say that the core theme is a bit on the nose. And yes, that might be true yet writing and directing is so spot on I think it works despite itself. Again, had all of the trolls been one-sided ugly caricatures and, Femke being made out to be some white-knight, I dont think it would have had the same kind of gravity or depth. The other thing that brings the entire thing home is how darkly funny the film really is. Like, you gotta chuckle at how biblical she is in regards to  how she takes the finger of her victims afterwards. Also there is this horror author that starts seeing Femke and, as morbid as his work is, its actually the light-columnist that is killing people in brutal ways. Its may not be subtle but its a wickedly funny irony. Overall, despite some missteps this a damn good film that, I think is long over-due.

The Columnist is a darkly funny, twisted and satisfying modern cautionary tale. A must watch!