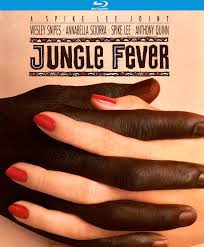 The early '90's was an incredibly exciting time for cinema. The first five years of the decade we were introduced to directs like Quinton Tarantino, Kevin Smith and others directors finally coming into their own. Spike Lee was far from a new director by the time Jungle Fever came out in 1991 but he was firmly establishing himself as a force within the industry. Flipper (Wesley Snipes) is a successful and hard working architect. He has a loving marriage and a daughter but his life gets turned upside down when he gets an attractive Italian American woman is hired as his secretary. 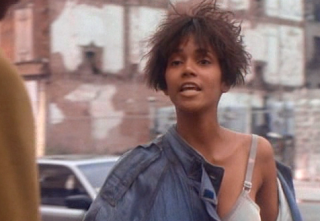 As I said in my Summer of Sam (1999) review Spike Lee is a director that has his loyal fans and his detractors. Which camp am I? Well I think I am somewhere in the middle. As someone who is white and grew up in a small town I freely admit this movie is not aimed at me, though I can see the power behind it.  Jungle Fever (1991) is a time capsule of a certain time and place in New York when race tensions were boiling over and very few movies of this ilk were being made, let alone by a major studio. Lee was and is a voice for African Americans and Fever, has a raw, real and sometimes uncomfortable power behind it. The writing and directing feels almost documentary-like which is something I think Spike does like no other. He has a incredible pension for casting actors that can really hold their own and Fever sports a cast with Oscar worthy performances from Snipes, Annabella Sciorra, John Turturro, Ruby Dee and of course Samuel L. Jackson who is simply at his best. Both Queen Latifah and future Oscar winner Halle Berry also make their film debut.

So, onto the not so good. Because Lee's film are made in a very specific time and place they tend to feel incredibly dated to modern audiences. Another theme that never sat well with me in regards to Lee's films is the horrible way Italian Americans are portrayed. I mean, wow- they are next level monsters that only spew hate and violence. And while I adore Lee's grand scale and ambition with his films, it often means scenes tend to drag and go on way longer than it needs to be. Jungle Fever is clearly made by a talented director at his creative peak with a dream cast of excellent actors. For me the overly  long run-time and the dated aspects doesn't quite ruin an otherwise provocative and skillful made film but it doesn't do it any favors either. Lets say for me its a mixed bag.

Kino has really out done themselves with a near perfect film transfer. The colors are vivid and this new transfer show's off Ernest Dickson's often times in your face cinematography in all of its glory. This is clearly sourced from a very good print as there is no artifacts or sign of damage. I cannot stress just how good this film looks. It also sports a healthy 2.0 Mono mix and dialogue comes out clear as does the films score by Terrence Blanchard. No features are included on this release. Overall despite my mixed feelings about the film this is a great release and if you are a fan of his films this edition looks and sounds great.