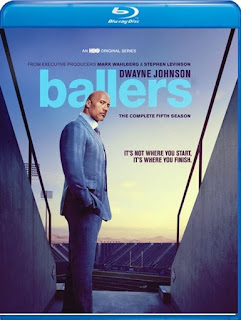 HBO has set a certain standard for excellent television shows. Ballers has been growing strong with nearly fifty episodes and five seasons so far. For those of you not in the know, Ballers follows the lives of football players, their up's, downs and of course a whole heap of drama that comes with the game and the fame. Spencer Strasmore (Dwayne Johnson) is trying to settle into retirement and he begins to reflect on his past career and what his legacy will be. Just when he thought he was out of the business he gets a tempting over to pull him back into the game and the chaos that comes with it. Ballers is a show that really hangs on its excellent sharp writing and of course its cast. And really how can you not love a show headlined by Dwayne 'the Rock' Johnson? For fans of the series its bitter sweet as this season marks its finale. Ballers was a show that was fun because it never took itself too seriously and one got the idea the show-runners were in on its own self aware joke. Thats not too suggest this isn't a show that 'tackled' serious issues but it always retailed a lighter tone. Its not hard to see why it's considering Entourage for the sports world. 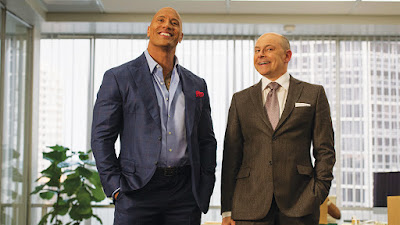 The fifth season was a bit of a mixed bag and I thought some story lines could have stronger but overall it was a good season and this season still retained top notch performances by its stellar cast as well as its blending of humor and oddly uplifting. I think overall the show sticks the landing by the end and goes out on a rather fitting note. I remain vague because if you haven't seen it its worth checking out. Warner Archives has released this last season on Blu Ray in a nice affordable package. All eight episodes are included and closes out a stand out show within HBO's legendary line up of programming.

Warner Archives once again has been crushing it with their incredible Blu Ray releases. The 1080p image is incredibly crystal clear and highlights the shows excellent photography and locations. Images really pop and take full advantage of the great cinematography. The set also includes a nice DTS-HD Master Audio 5.1 track. Music and dialogue is crisp, clean and sounds great through surround sound speakers. No features are includes with this release. Retailing for just under twenty bucks this is incredibly affordable and fans of the show will want to complete the series with this great release.
Posted by The Video Attic at 9:26 AM