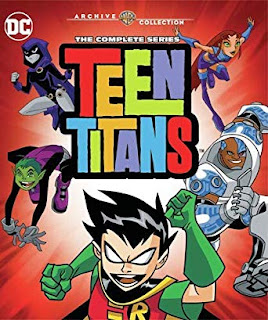 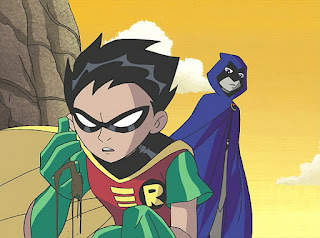 Not to be confused with Teen Titan's Go -Teen Titans had a lot to prove as Batman: The Animated Series cast a very long neo-noir shadow. Despite T.T not being as gritty as BTAS it was able to stand out on its own as a landmark series within the D.C extended universe. The series explorers five young super heroes as they juggle fighting crime whilst also dealing with typical teen problems. Warner Archives has released all seasons both individually or, as we are going to look at, the complete series.  The real strength of of Titans is the razor sharp writing. The fun is how the writers talk this very fine line between drama, humor and of course action. Its also pretty impressive that the story arches for the most part are all really solid especially for a show geared at a younger viewers. The show never talks down to its audience, instead it delivers on great action with some surprising depth mixed in. I want to be a vague because I dont want to spoil it for any new comers to this series. If you are new this i a perfect time to dive in as Warners has released the entire series on Blu Ray.

Much like their movies, Warner's really does a great job with the restoration. Visually the cartoon is bright whereas Batman: The Animated Series was a darker tone. In 1080p the show pops in its HD presentation.The sound is also great with a healthy DTS-HD Master 2.0 audio track. Dialogue is clear as is the assortment of sound effects. Bonus features include a fun featurette with the voice actors, a featurette on how the series was translated from the comic to television screen, a "lost episode" along with some other fun surprises. All 66 episodes are included as well as the feature length film Trouble in Tokyo (2006) which came a year after the soon was cancelled. The movie isn't amazing but for me it had a lot of great moments and nice visuals. Overall a fun show that is visually pleasing and well written and also includes some great extras as well as the film. A great holiday gift.