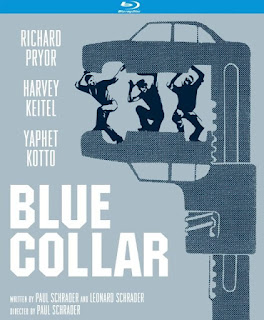 In the ’70’s and ‘80’s Paul Schrader was at the height of his creative powers. His screenwriting credits including classics like Taxi Driver (1976), Raging Bull (1980) and The Last Temptation of Christ (1988). In 1978 he directed his first feature film Blue Collar (1978). Three hard-working blue-collar union stiffs named Zeke (Richard Pryor), Jerry (Harvey Keitel) and Smokey (Yaphet Kotto) find themselves needing money after they suffer hardships at home. During one Saturday night coke fueled party the idea is floated around to rob the union vault to help ease their money woes. What started simply talk while high turns into an actual plan to steal the money. However, what’s inside the vault will lead to a domino effect of paranoia, corruption and murder. Schrader pulls zero punches in dropping us into the sweaty grimy world of factory town labor and union jobs but also manages to weaves a compelling story that kept me glued from start to finish. Initially you are led to believe that the union heist is the main drive but, in a move that Hitchcock himself would have been proud of, it turns out this is simply a macguffin (or misdirection) to the real plot. 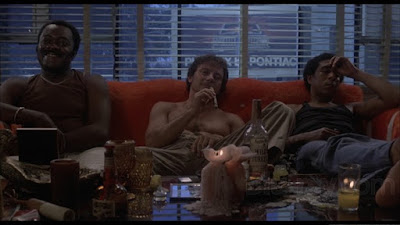 This is incredibly clever and something that is wholly unexpected. Blue Collar also examines social issues like race and American-class system which doesn’t over power the organic flow of the plot but rather plays expertly in the background. Its also very understated which is good, but one complaint some of the plot lines could have been punched up. Having said that Schrader’s film handles everything with no kid gloves in sight. His dialogue is as rough and ready as the sets which look well-worn ,lived in and grimy. You can really grasp the desperation and claustrophobia of living in this world. The cast is fantastic with Richard Pryor Yaphet Kotto and Harvey Keitel all at the peaks of their profession and talent. The three big personalities somehow find a way to share the screen but also play off of each other in brilliant ways. Despite tensions on set it never feels like each other is trying to upstage one another. Its hard to say one of them stands out more, because each actor brings something wholly different and exciting. It was also interesting to read that this film was legendary troublesome and drove its young filmmaker to a nervous breakdown. It’s said that Pryor pulled a gun in a heated moment not to mention verb and at one-point physical altercations within its lead trio. It’s a small miracle this movie finished at all, let alone a minor classic. This film seems to have fallen by the wayside and doesn’t get talked about nearly enough.

Thankfully Kino Classics is set to change all that with their brand-new Blu Ray. The print looks clean with very little to no artifacts and grain is kept to a minimum. A entertaining director commentary is included which was not included on the previous 2017 bare bones DVD. For someone who loves commentaries this is a real treat. Rounding out the features is a trailer. The 2018 Incinerator Blu Ray may have slightly more features, this is still a great release and the price is right. Blue Collar was a treat to discover and features the sharp wit and expert plotting that made Schrader a legend in his field. This is very much worth taking a chance on if you have not seen it. A great movie that deserves to be discussed more.