Leave it to the good folks at Severin to dig up a Italian sleaze-fest I had never even heard of. This time the film is by non-other than Luigi Cozzi  (Devil Fish, Star Crash) who is no stranger to grimy exploitation/horror fare. 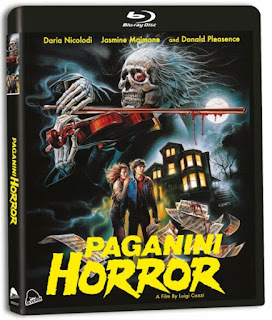 I'm fairly sure this is Severin's first Luigi Cozzi film and the label has certainly picked a good one in Paganini Horror (1989).Cozzi doesn't waste a single second with setting the stage for some nasty perversion and a gruesome death. A female rocker and trained violist (just go with it) is desperate for a hit song. It just so happens an old musty piece of music is obtained by her boyfriend that is a sure hit and the group decides to record a music video in a creepy old house-what could go wrong? Turns out a lot when the music opens up a hellish portal. Paganini Horror is a hell of a lot of fun. Its wonderfully weird, gory and above all it doesn't take itself too seriously. It even has some fun meta moments at the beginning. The plot is fine provided you dont think very hard about some of the gaps in logic.  Rocker women in a creepy house battling a violin playing demon, whats not to love? Italian film favorite Daria Nicolodi stars in this film and course does a great job. Donald Pleasence even makes a brief appearance. 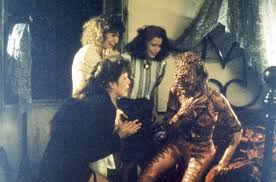 The film itself is only eighty-odd minutes long and it clips away at a brisk pace with hardly a dull moment to be had. Couple this with some great visual flare and you have the makings for a fun sleazy and splatter-tastic film. Severin's new stunning 2k restoration is, as usual some looks great. Images are clean, artifacts are kept to a minimum and colors really pop. As I said the film has a lot going for it visually and now, we as fans can really take it all in with clarity. Paganini Horror is about rock music so naturally the soundtrack is important. Severin highlights this with a nice 2.0 channel.

The extras are also fun which includes an interview with director Luigi Cozzi and actor Pietro Genuardi. Rounding out the features is deleted scenes and an alternative ending and an original trailer. Both interviews are a lot of fun and the deleted scenes are interesting enough to warrant a watch. If that weren't enough the first 3,000 copies will include the soundtrack CD by composer Vince Tempera. I love releases with soundtracks so this is very awesome. 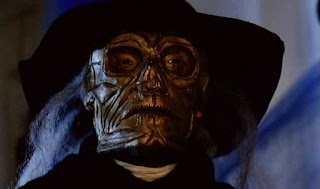 Overall: Its a treat to finally have this obscure film out on HD in my collection and I feel like Italian horror film fans will feel the same way. The picture and sound is great and as always Severin serves up some nice extras. Should be in every fan's film library.